The importance of a food policy based on science 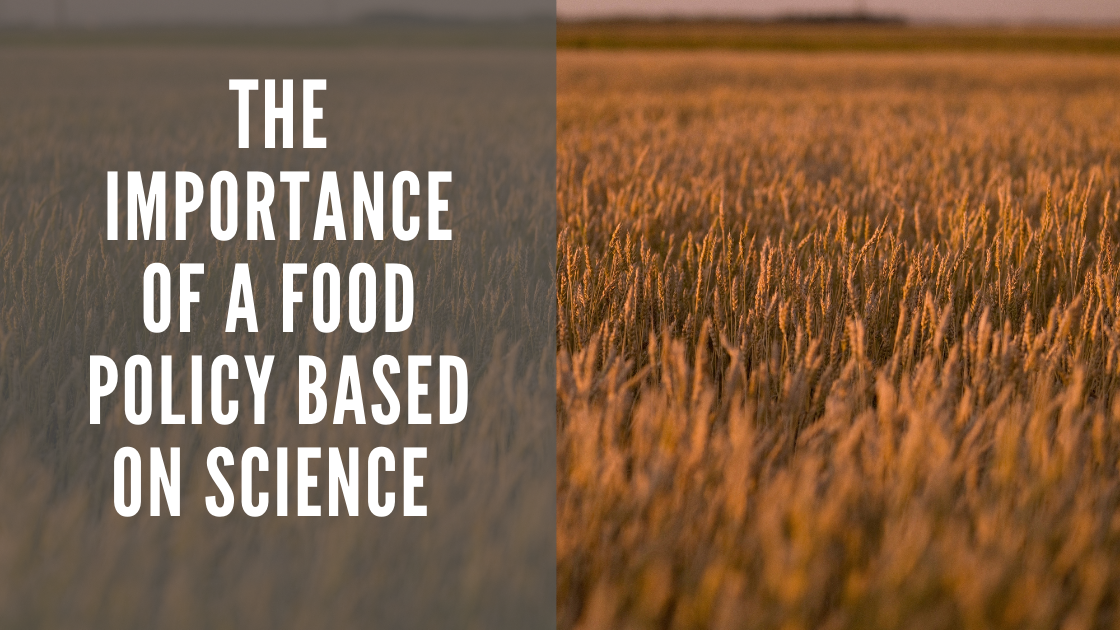 Canada is in the enviable position of being able to produce enough food to largely feed its citizens and export its surplus, but less than one per cent of the population is involved in primary production; 250,000 people create food for 38 million people. The only way we manage to do that is through a sound food policy based on science that supports diversity within our food system. We must remain cognizant of any changes government makes to our national food policy because its effects will ultimately be felt by every Canadian.

Food security means having dependable access to an adequate supply of safe and nutritious food at a reasonable cost. Food sovereignty is the ability of a country to provide a substantial amount of the food required by its citizens. We have both and we cannot take either for granted. We have seen how climate change and the war in Ukraine have impacted food security and sovereignty.

The best way to support both is to make the best use of the technologies that are available to us and maintain diversity in our food system: small producers, medium-size farmers, large farms, a variety of crops and livestock, and different modes of production, including a mix of conventional and organic farms. That diversity helps protect us against catastrophe because it allows us to adapt while producing a variety of products for ourselves and for export.

In Canada’s climate plan, the government proposes to reduce emissions from synthetic fertilizers to 30 per cent below 2020 levels. We must ensure the plan has input from stakeholders, is science-based and takes food security and sovereignty into consideration.

There are lessons we can all learn from the failed recent Sri Lankan food policy. In 2020, the Sri Lankan government made a decision to move immediately to organic food production, banning synthetic fertilizers. Within a year crop yield plummeted, Sri Lanka was forced to import hundreds of millions of dollars worth of their former national crop, rice, and lost an entire middle class to poverty. Theirs was not a failure of organic production, it was a failure to plan and recognize how policies can impact people and that is what we need to be conscious of in Canada.

A good food policy is based on credible information. We are reliant on the top 12 inches of Canadian soil to produce food for ourselves and for people around the world. The world’s population is nearing eight billion and growing. We need to think about how we can balance sustainability with the ability to produce as much food as possible from an acre of land. Being efficient allows that much more land left for wildlife habitats and recreational and residential uses.

A country like Canada that is rich in the diversity of its agriculture has a moral authority to not only feed itself but to help feed the world. We are on the right path to improved sustainability and we will stay on course if everyone is cognizant of what we want to achieve and that is the diversity that supports food security and food sovereignty.

John Jamieson is the president and CEO of the Canadian Centre for Food Integrity.